Bradley and I decided to finally find a puppy.  We have always wanted one, but having a crippled cat meant that a puppy was on hold.  After losing Wibble, we began our search the first weekend in March, thinking it would take a while to find just the right fit for our family.  We went to Cobb County Animal Control, Cherokee County Animal Control, both of the Atlanta Humane Society campuses, and several other rescue organizations.  We ended up back at Cobb County because of a couple of the puppies we had seen there.  I knew I wanted one that greeted us at the front of the cage without being wild, and did not cower in the back of the cage.  One puppy stood out on our second trip.  He was wiggly (like any puppy), but never barked at the other dogs, even though they were going crazy. 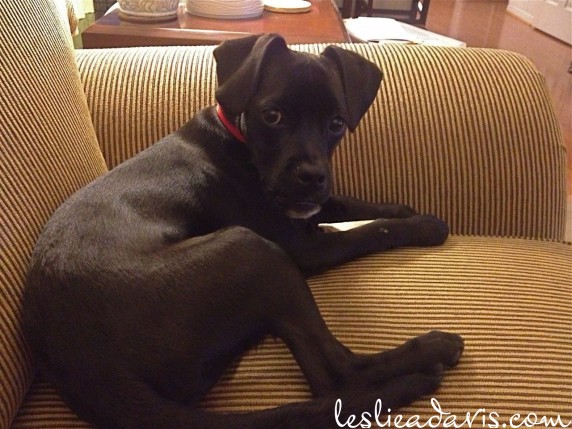 After signing the paperwork and paying for the little man, we had to leave him to be neutered the next day.  So far, he is a great car rider – curling up in a ball in the back seat almost immediately.  He seems to love all other dogs and people.  We have had him in training classes for the last month, and he is a quick learner with most of the commands we have worked on.  He does get distracted (puppy energy) and it is hard to get and keep his attention when he gets that way.  He has had a few accidents in the house, which is to be expected, but he has gotten very good at going outside almost immediately when we take him out.  He loves to cuddle and loves every toy we give him.  He hasn’t tried to chew on much that we don’t want him to, and is easily diverted to a toy on the occasion that it happens.  He loves playing fetch and has gotten good at bringing the ball to us and dropping it for the next round. 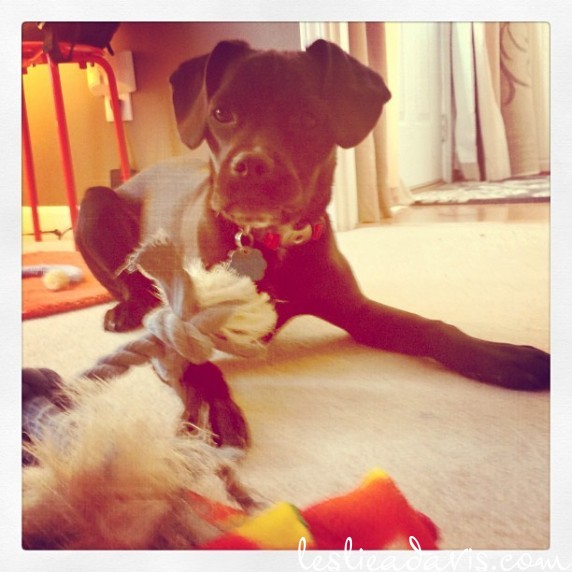 So far, he has not been overly concerned that there is a cat in the house.  Our cat has always stayed hidden while we are at home even when it was just us, so nothing has changed there.  When their paths have crossed, he is interested and sniffs her, but not hyper with her, and she doesn’t freak out, just tries to quickly get back to a ‘safe’ place.

Naming him proved to be extremely difficult.  I wanted his name to fit his personality, but we ended up just calling him Buddy, which is what I call all male animals by default. 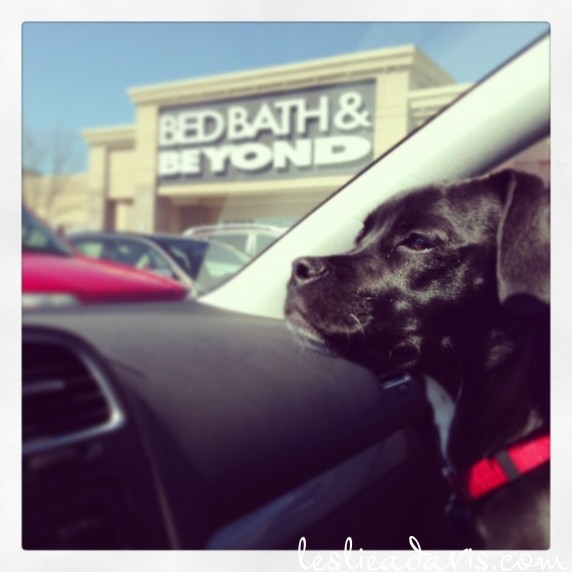 We ordered a dog DNA test for him and the results came back yesterday.  He comes from a Cocker Spaniel mixed line and an American Staffordshire Terrier mixed line.  From initial inspection of the included descriptions, I think he gets his overall size, head shape, and eyes/eyebrows from the Cocker Spaniel side and his coat, tail and ears from the AmStaff Terrier side.  We think he is pretty much full grown by his guessed age: 8 months.  The last time I weighed him, he was 20 pounds.

Say hello to our new Buddy!