Bradley’s cousin will be getting married at the end of December, so I helped throw a wedding shower for the couple recently.  They love halloween, and since the shower was at the end of October, we decided to merge the two for a spooky shower theme.

I had most of the decorations already, since my normal Halloween decor involves lots of black and silver.  In the foyer, we put out favor bags with the couple’s favorite candies inside. 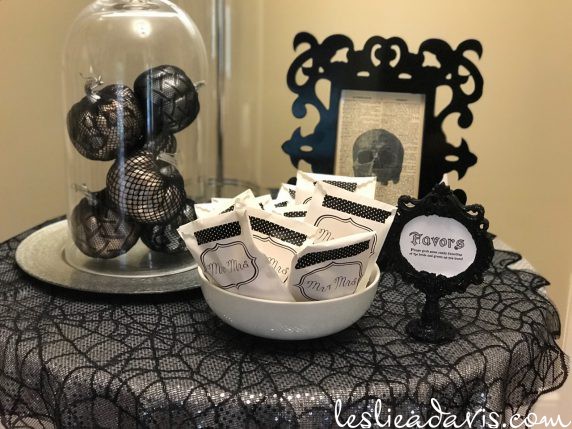 I put paper bat silhouettes in all of the lampshades in the living room. 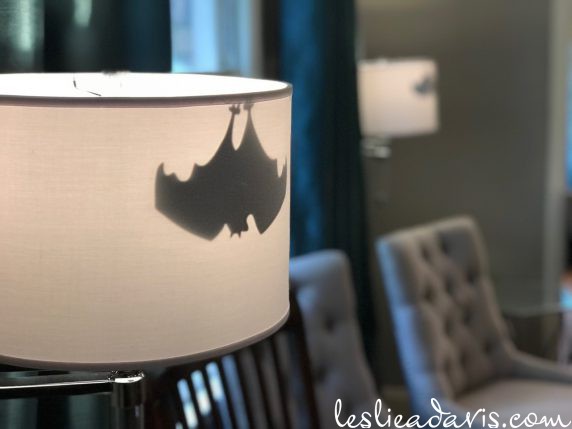 I was able to reuse the potions bottles I had made for a Harry Potter baby shower as a centerpiece on the breakfast table. 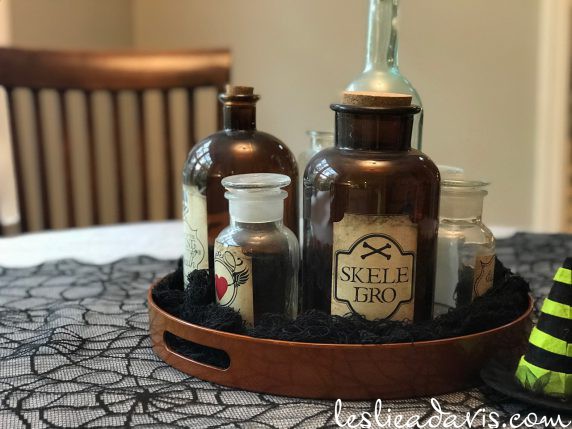 I cut up a felt spider web placemat to add to the corners of the doorway leading into the living room. 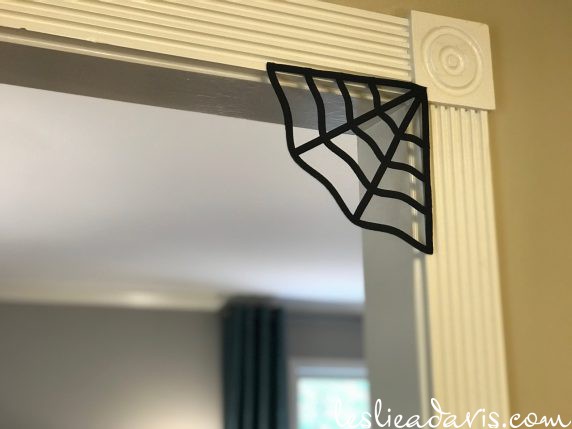 On the gift table is the cute corsage my co-hostess made for the guest of honor. 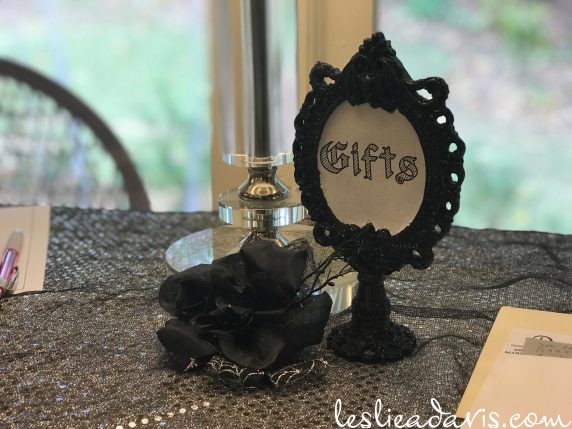 I found this banner at Target and used a chalk marker to add MR & MRS to it.  I felt like we needed something to bridge the gap between it feeling like a halloween party versus a wedding shower. 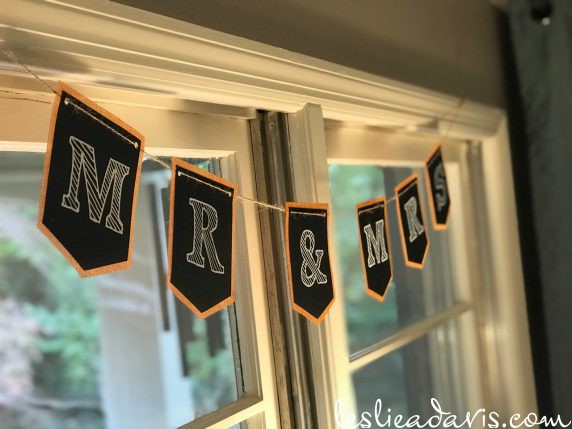 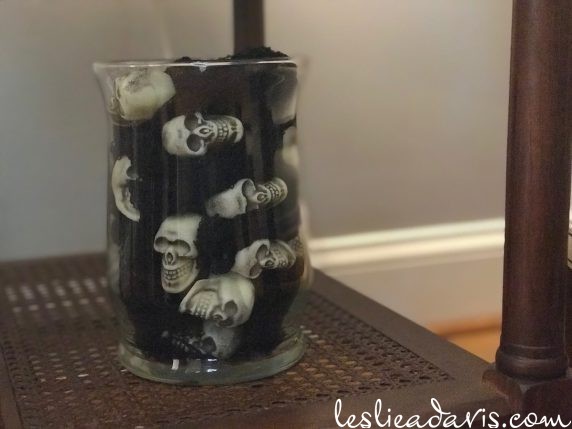 My co-hostess made this to hang on the front door. 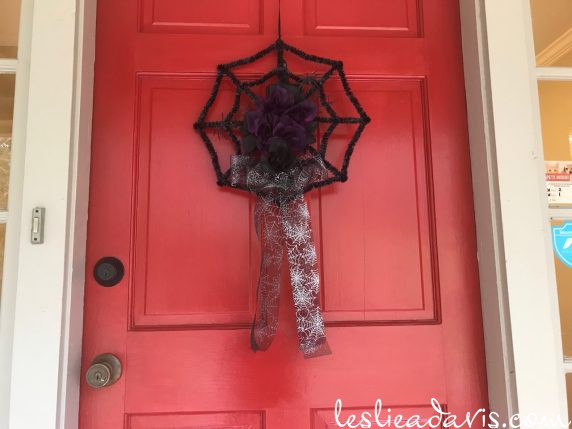 For the food table, I found a spider web table cloth at Big Lots and layered it over a silver tablecloth for contrast.  The paper bats were flying across the window in the background. 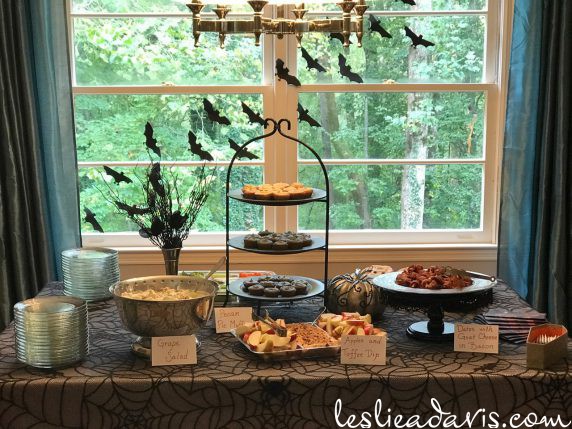 I made Pecan Pie Muffins with a Maple Buttercream Frosting and grape salad. 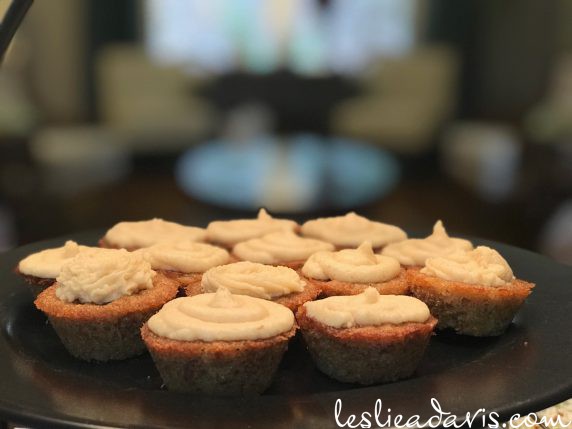 I also made bacon-wrapped dates stuffed with goat cheese. 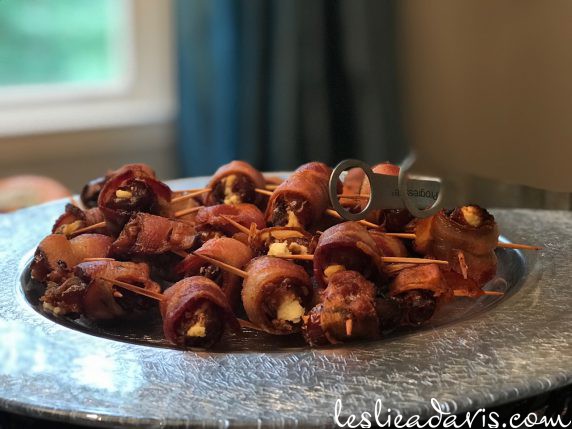 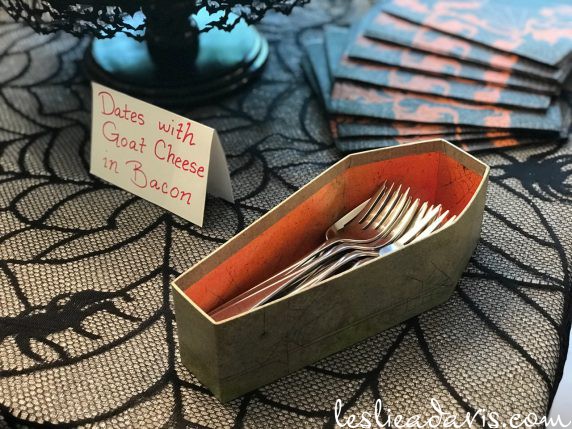 My co-hostess made these hilarious vampire donuts and some apples with toffee dip. 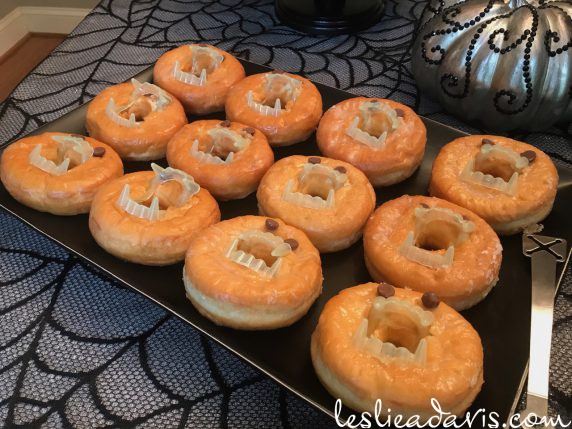 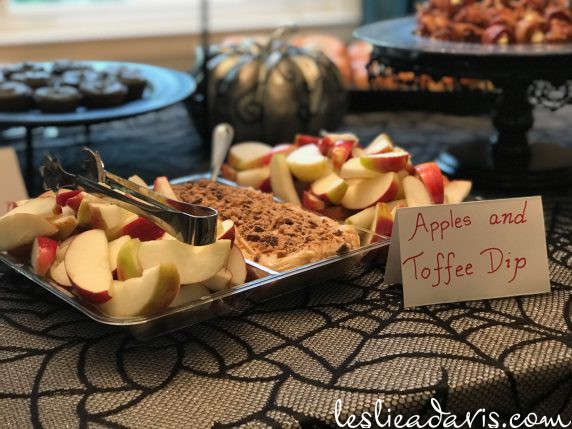 Our other co-hostess made the monster green punch. 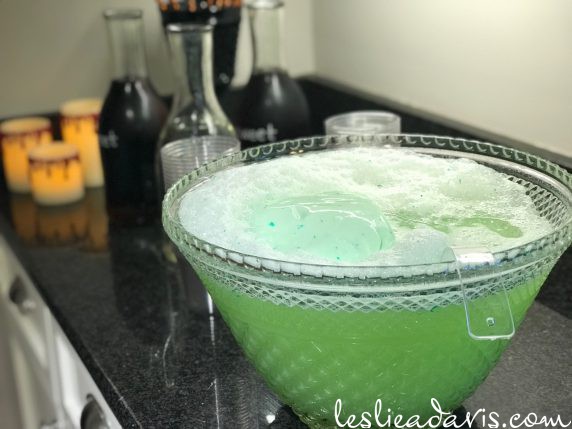 I think everyone had a good time and the couple got some great gifts to start off their new life  together.